A Mayor Helps a Father

Sinisa Mali, as the mayor of Belgrade, and a man close to Prime Minister Aleksandar Vucic, prides himself on being a modern, progressive leader. The American-educated Mali casts himself as a corruption-free family man and a shrewd businessman who advised the government on economic issues. But a look into his business deals shows a very different story. Instead, he helped destroy a once proud Serbian business and left workers poor and a solid company capable of earning foreign trade destitute and in debt.

The corrupt privatization of Bratstvo, a railroad parts company, was especially egregious, since it had a legitimate foreign investor who bought its parts and wanted to invest in the Serbian business. Instead, in a sad and often repeated story, Serbia lost again in privatization and a corrupt businessman possibly walked away richer thanks to Mali.

The spring of 2002 was an optimistic time in Belgrade. Slobodan Milosevic was gone to The Hague and Yugoslavia morphed into a new democratic, EU leaning union of Serbia and Montenegro. The country was open for new deals. People were returning to Serbia.

In this spirit, a representative from the Hungarian railway company Dunavagon, Miklos Timotic, visited the Serbian Privatization Agency that April with a proposal. Dunavagon wanted to privatize a successful Yugoslavian railroad parts company called Bratstvo and invest in the company. Founded in 1886, Subotica-based Bratstvo was still successfully building and exporting parts and equipment for railways and servicing train cars.

During the meeting, Timotic explained to a young official from the agency that Dunavagon had for the past five years bought two-thirds of Bratstvo’s exports. It made sense for the Hungarian company to buy the company that sat just across its border and make an investment in it.

They told the young official about their plans to privatize the company. They gave a market analysis of how the products made by Bratstvo could be sold regionally. They gave their plans for how they were going to invest in the company to make it work.

The man Timotic talked to was Sinisa Mali, a young, American-trained official in the agency who was considered a rising star. In fact, Mali was specifically praised in the press at the time by the Minister of Finance who called him part of the wave of intelligent and capable people who could lead Serbia into the new European economy. He got a job at the newly formed Privatization Agency, which had just started its mandate a year before. His position was important for such a young man – leading the department that controls the sale of the biggest national companies.

By the time the auction was held two years later, Mali had left the agency two months earlier. But by then, the Hungarians would contend, the damage was done.

Dunavagon, despite being the largest buyer of parts of Bratstvo, lost their bid and they lost to a company that wasn’t even in the railroad industry. Instead, the company was sold to a consortium that consisted of Mali’s own father, Borislav Mali, and his business partner Vladimir Delic, for 66 million dinar (US$ 1.7 million) with the promise that they will invest another 31 million more (US$ 550.000). The purchase contract allowed for the payment to be made in installments and Delic paid the first installment of 40 percent. The elder Mali earned a 10 percent share of consortium without having to pay any money.

Only one month after the auction, in April 2004, a few months after he left the privatization agency, Mali was named to the board of directors of the company – according to business register agency research by KRIK/OCCRP reporters.

A week after the auction, Dunavagon cried foul. Dunavagon believed their conversation with Mali about their plans for the company were used against them.

A lawyer for Dunavagon complained to the Ministry of Economy and Privatization Agency and asked for a cancelation of the purchase. They claimed Mali had given sensitive information about the company to his father – which helped him win. “Sinisa Mali came together with members of the consortium to visit the privatized company on March 18, 2004. Buyers hadn’t visited the company prior to the auction because they were privileged and got detailed information about the company from Mali,” said the Dunavagon complaint.

Representing Bratstvo as a board member, Sinisa Mali and Delic went to Budapest to meet with Dunavagon officials, possibly to smooth over relations. If that was his purpose, it didn’t work.

The Ministry of Economy, following up on the complaint, did its own investigation and found that representatives of Hungarian company where right. The Ministry, headed by Predrag Bubalo, notified the Privatization Agency on July 21, 2004 that it had accepted Dunavagon’s complaint and asked that the auction be repeated.

Reporters of KRIK/OCCRP obtained a copy of the Ministry’s decision which is damning.

The Ministry report said the buyer’s used information in the auction that could have only come from Sinisa Mali. It accused Mali of not only unethical behavior, but of violating his contract with the agency. It also noted that there was an apparent quid pro quo with Mali’s family benefitting from him providing the insider information Mali himself getting an appointment to the board of directors of Bratstvo.

However, the Privatization Agency disagreed and decided not to comply with the Ministry. In its decision, the director of the agency Miodrag Djordjevic said despite Mali’s meeting with the Hungarians, he worked in a different department and not in auctions. He confirmed the auction results.

Both Bubalo and Djordjevic were a decade later, in June 2013, arrested and charged for abuse of their position in the privatization of the Port of Belgrade. Bubalo didn’t want to talk with KRIK/OCCRP reporters about Mali and Bratstvo because, as he said, he couldn’t remember the case.

Instead of Dunavagon, a legitimate railroad company with a strong interest in the success of Bratstvo, the workers got Delic and Borislav Mali who turned out to be ineffective managers and investors who knew little about the business. Their poor management would lead to the company’s eventual demise.

Initially things at Bratstvo seemed promising under the new owners. The workers and some of Bratstvo’s debts were paid. Delic announced agreements with railroads from Macedonia and the Republika Srpska to account for some of the business from Hungary which they had now lost. 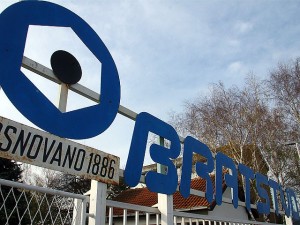 But then by the end of the year pay checks stopped. New work never materialized. Delic and Mali appeared to have no immediate plans to invest in Bratstvo and in fact they would violate the terms of their agreement with the Agency for Privatization by never making the promised investments.

That led to trouble with the workers. They complained that the company was sold cheaply and no investments were being made. Instead, workers, many of whom were minor shareholders, claimed the new owners were actually stealing assets from the company and mortgaging all the property.

Workers often went on strike. Management regularly fired workers and did not pay salaries for up to nine months. For four years, workers sent their complaints to the Agency for Privatization, the Ministry and other institutions about bad management and a deteriorating situation in company, calling for them to investigate the purchase and businesses of Bratstvo.

“We do not want to make problems for the new owner. We want the factory to be put on its legs, to recover and be strong on the market… and those who did illegal activities brought to justice,” said Stjepan Maric, President of the Assembly of minor shareholders and Ranko Beatović President of the Executive Board in their request sent to the Privatization Agency in September 2004.

KRIK/OCCRP reporters obtained an internal agency report from dated April 11, 2005 which described a company in bad shape that was violating its agreement. The agency controllers found that Bratstvo was seriously at risk of sliding into bankruptcy and being shut down. Controllers confirmed the buyer had never invested the promised amounts.

Only two weeks after the agency submitted its report on wrongdoings, Borislav Mali decided to give the business back to his business partner. He stepped out of ownership of Bratstvo and gave his 10% of shares of the consortium to Delic.

In May 2005, the agency sent a notice that the purchase contract was being cancelled. However, Delic ignored the decision and the agency didn’t act and the company continued to limp on.

In August 2009, four years later, Delic finally left the company and he gave back 51% of ownership to the state. But, controllers for the agency discovered that before he left he made suspicious deals between Bratstvo and a Belgrade company owned by an offshore Cyprus company named Unibros. According to the agency, Bratstvo’s assets were mortgaged in loans from two banks to Unibros worth 310 million dinars. Unibros, however, was not a disinterested party: its director turned out to be Delic himself.

In 2010, the agency sent a request to the prosecutor’s office in Subotica to investigate Delic’s for criminal acts in this deals with Bratstvo. Prosecutors told KRIK/OCCRP it rejected criminal charges in this case in March this year.